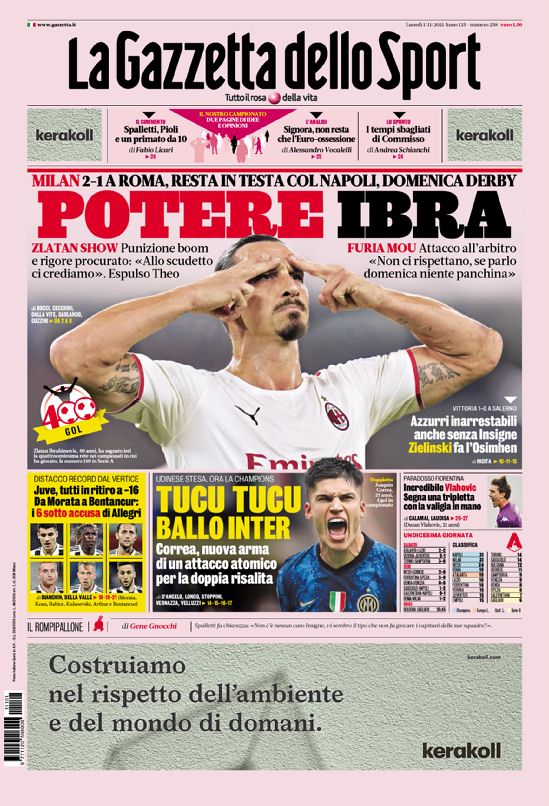 Milan 2-1 at Roma, stay top with Napoli, on Sunday the derby

‘We believe in the Scudetto’

Attacks the referee: ‘They don’t respect us, if I speak now, I won’t be on the bench on Sunday’

Azzurri unstoppable even without Insigne

Zielinski fills in for Osimhen

Correa, new weapon of an atomic attack for the double climb back up the standings

Incredible Vlahovic, scores a hat-trick with a packed suitcase

Juve, everyone in the training retreat at -16

From Morata to Bentancur: Allegri’s six under the spotlight 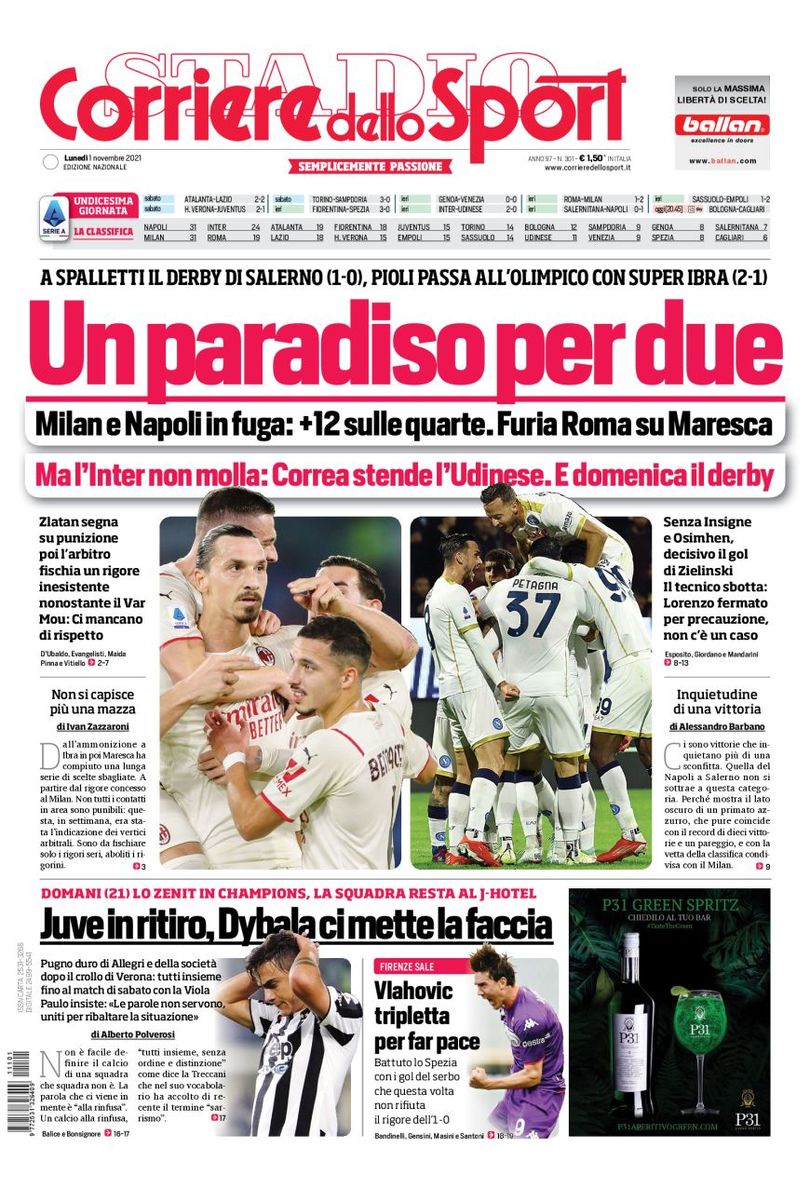 A paradise for two

Milan and Napoli break away: +12 over fourth

But Inter don’t give in: Correa beats Udinese, and on Sunday there’s the derby

Spalletti takes the derby in Salerno (1-0), Pioli victory at the Olimpico with super Ibra (2-1)

Zlatan scores with a free kick, then the referee gives a non-existent penalty despite VAR

Mou: They lack respect for us

Without Insigne and Osimhen, Zielinski goal is decisive

Coach irritated: Lorenzo rested as a precaution, there’s no controversy

Tomorrow Zenit in the Champions League, team remains at the J-Hotel

Allegri rules with an iron fist after collapse in Verona: all together until Saturday’s match with the Viola

Paulo insists: ‘Words are useless, united to turn this situation around’

Vlahovic hat-trick to make up 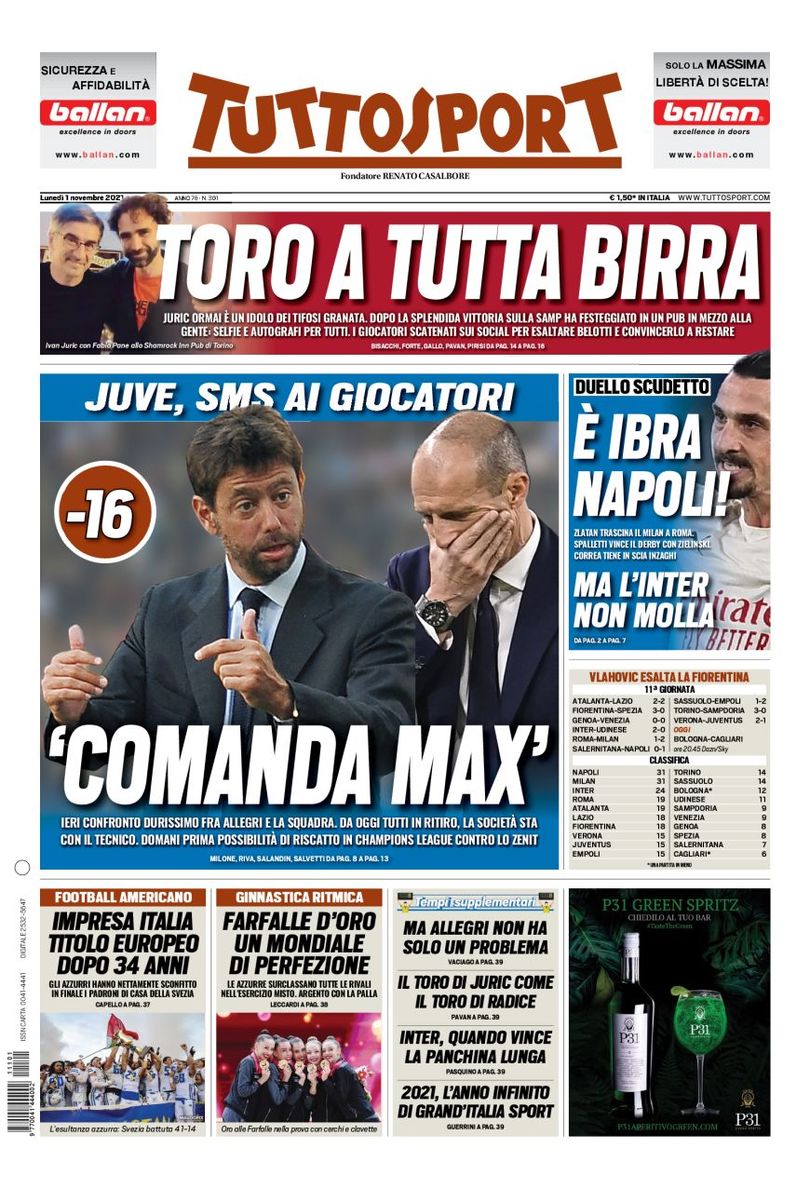 ‘Max is in charge’

Juve, SMS to the players

Yesterday fiery confrontation between Allegri and the squad

From today everyone in a training retreat, the club stands with the coach

Spalletti wins the derby with Zielinski

Correa keeps Inzaghi in the running

Toro the toast of town

Juric is now an idol for the Granata fans

After the splendid victory over Samp, he celebrated in a pub surrounded by people: selfies and autographs for everyone

Allegri doesn’t just have one problem

Inter, when the long bench wins