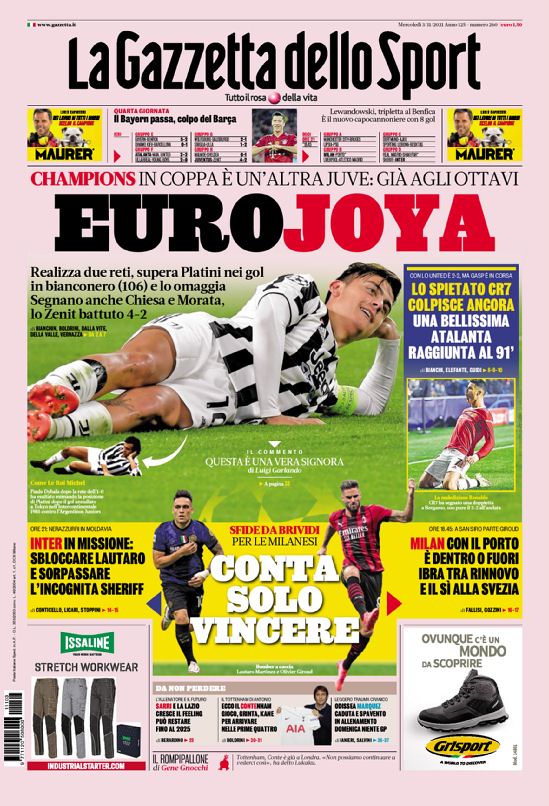 Champions League, it’s a different Juve: already in the last 16

A beautiful Atalanta held at the 91st

It ends 2-2 with United, but Gasp is still in the running

All that matters is winning

Challenges and goosebumps for the Milanese clubs

Inter mission: unblock Lautaro and get past the Sheriff test

Nerazzurri are in Moldova

Milan with Porto, it’s in or out

Ibra between renewal and yes to Sweden

Giroud will start at San Siro

Lewandowski hat-trick past Benfica, he is the new top scorer with eight goals

Sarri and Lazio bond grows, he could stay until 2025

Grit, tactics and Kane to reach the top four 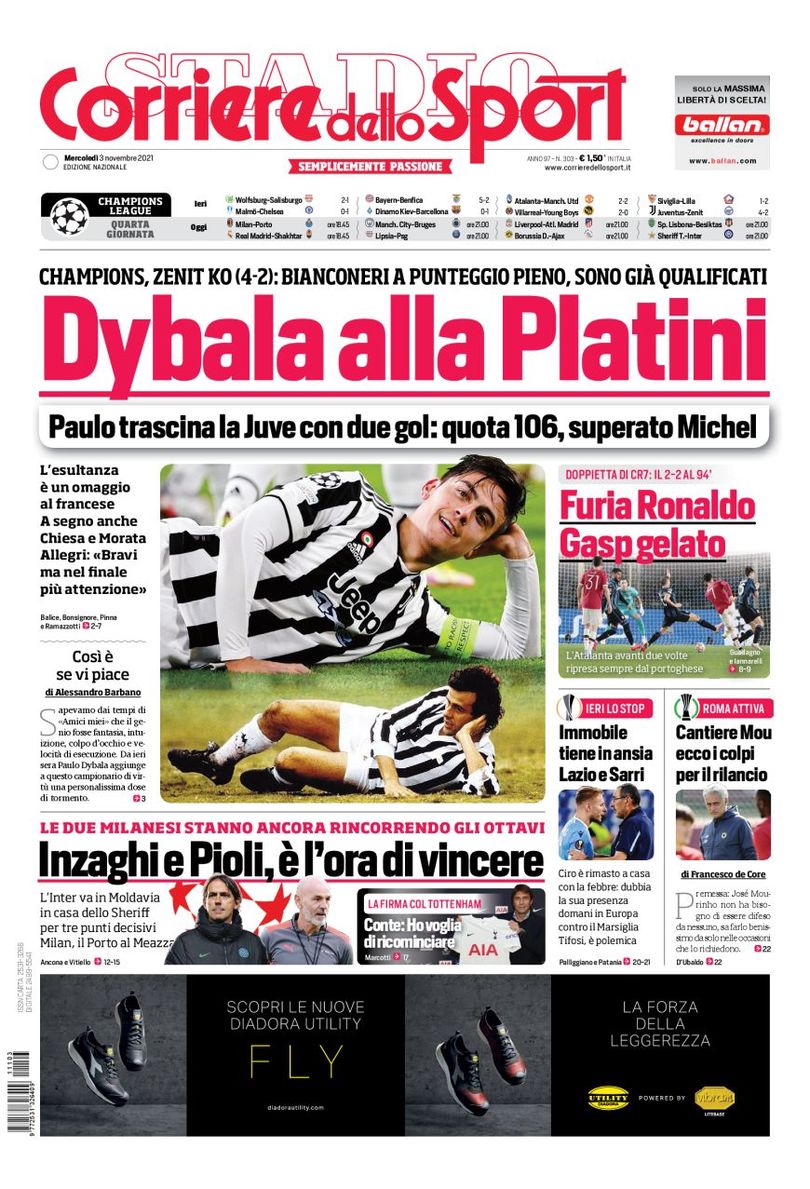 His celebration is an homage to the Frenchman

Chiesa and Morata also on target

Atalanta lead twice, always pegged back by the Portuguese

The two Milanese clubs are still chasing the last 16

Inter are in Moldova against Sheriff for three decisive points

Milan, Porto at the Meazza

Conte: I want to start again

He signs for Tottenham

Ciro stayed at home with a fever: his presence tomorrow in Europe against Marseille is in doubt

Mou work in progress, here are the buys to reboot 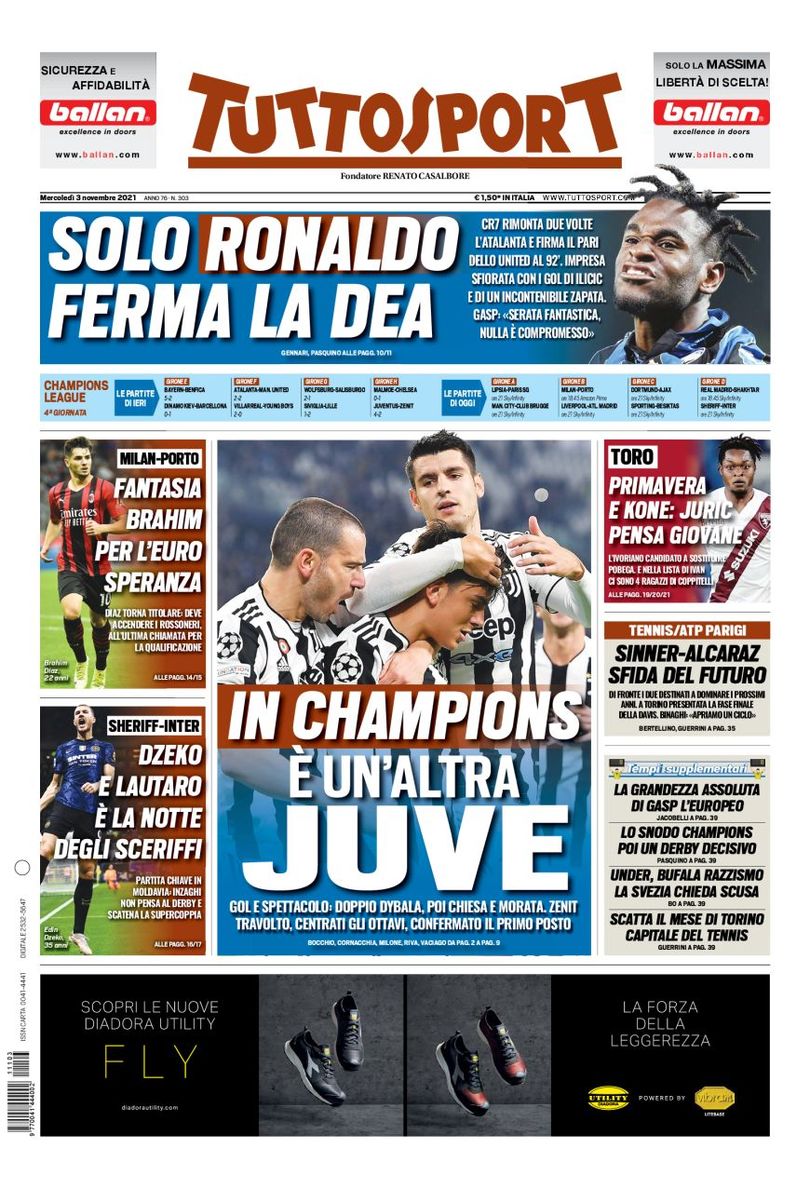 It’s a different Juve in the Champions League

Goals and entertainment: double Dybala, then Chiesa and Morata

Only Ronaldo can stop La Dea

Almost a coup with Ilicic and Duvan Zapata

Gasp: ‘Fantastic evening, nothing is compromised’

Diaz back in the starting XI: he has to light up the Rossoneri at their final call for qualification

Dzeko and Lautaro, the night to be sheriffs

Key match in Moldova: Inzaghi not thinking about the derby and unleashes the super pairing

Ivorian is a candidate to replace Pobega, and Ivan has list of four Coppitelli’s kids