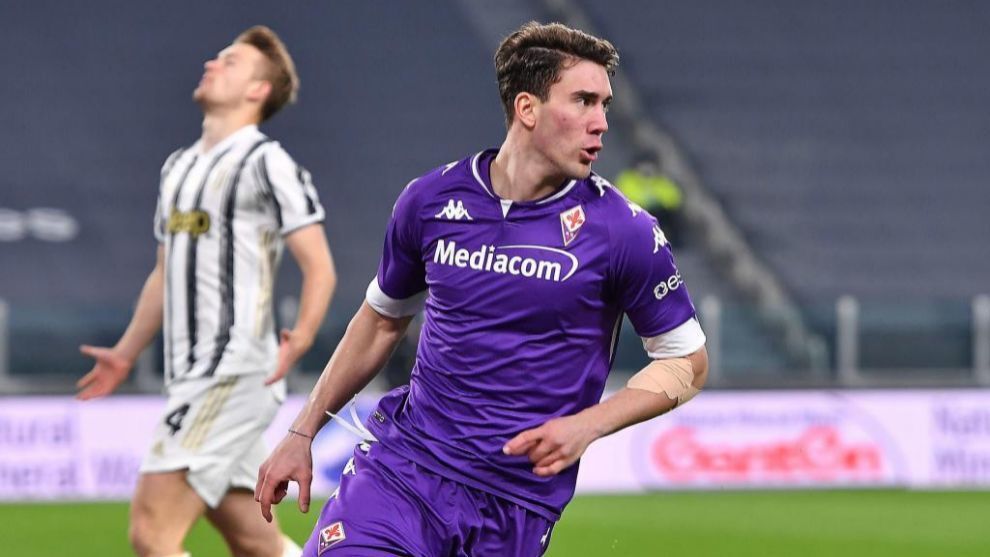 Dusan Vlahovic was one of the revelations of the 2020/21 Serie A season with Fiorentina. The Serbian forward bagged 21 goals and provided two assists in 37 Serie A appearances for La Viola in what was an underwhelming campaign from the Tuscans.

With his individual performances, though, the 21-year-old caught the eye of many of Europe’s elite clubs, and his future in Florence is anything but certain, even despite his own affection for the club.

All eyes on Dusan

There is a lot of attention surrounding Vlahovic after his exploits last season, from inside and out of Italy. Reigning champions Inter are set to lose Romelu Lukaku to Chelsea this summer as their need for money trumps all else, while Lautaro Martinez could also be on his way out to join Tottenham.

Lea También
Serie A: Arthur Melo involved in traffic accident in his Ferrari

Lukaku’s departure, in particular, would leave the Nerazzurri needing a new No.9, and Vlahovic is someone who fits the bill. Edin Dzeko looks to be close to finally getting his move to the Stadio Giuseppe Meazza after being linked in recent transfer windows, and La Gazzetta dello Sport have reported that the Bosnian is Inter‘s first target, but they want to move for Vlahovic after signing the Roma captain.

Although Tottenham and Arsenal had both been linked with the forward as well. TuttoMercatoWeb are among the media outlets in Italy suggesting that Vlahovic‘s next move could be to Spain.

The publication have written that Atletico Madrid are currently the club with the most concrete interest in the player, and they have offered the closest fee to the 70 million euros Fiorentina want for him.

With Tottenham and Fabio Paratici reportedly keen on Lautaro Martinez, Atletico should be able to beat Arsenal to the player’s signature if it came to a battle between the two due to their ability to challenge for silverware and offer Champions League football.

Vlahovic‘s future is anything but settled, but he’s looking closer to a Fiorentina exit now than he has looked all summer.