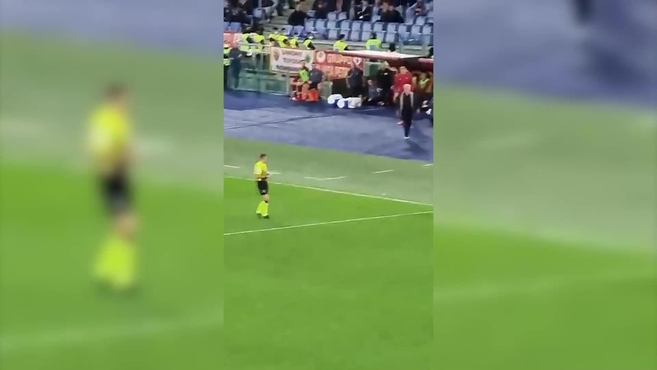 During Sunday’s Derby del Sole between Roma and Napoli, Jose Mourinho was sent off midway though the second half for continued protests to an apparent foul on Giallorossi forward Nicolo Zaniolo.

Mourinho was promptly shown a red card by referee Davide Massa as a result, and the Roma fans stood up to applaud their coach’s reaction, to what they felt was an injustice.

Roma managed to halt Napoli‘s winning streak in Serie A and held the Partenopei to a 0-0 draw at the Stadio Olimpico.

Before the game, Mourinho singled out a number of his second string players such as Mayoral, Villar, Kumbula, Reynolds and Diawara for the humiliating 6-1 loss to Bodo/Glimt in the Europa Conference League

How to watch AC Milan vs Torino in Serie A: Start time, TV channel, streaming and more