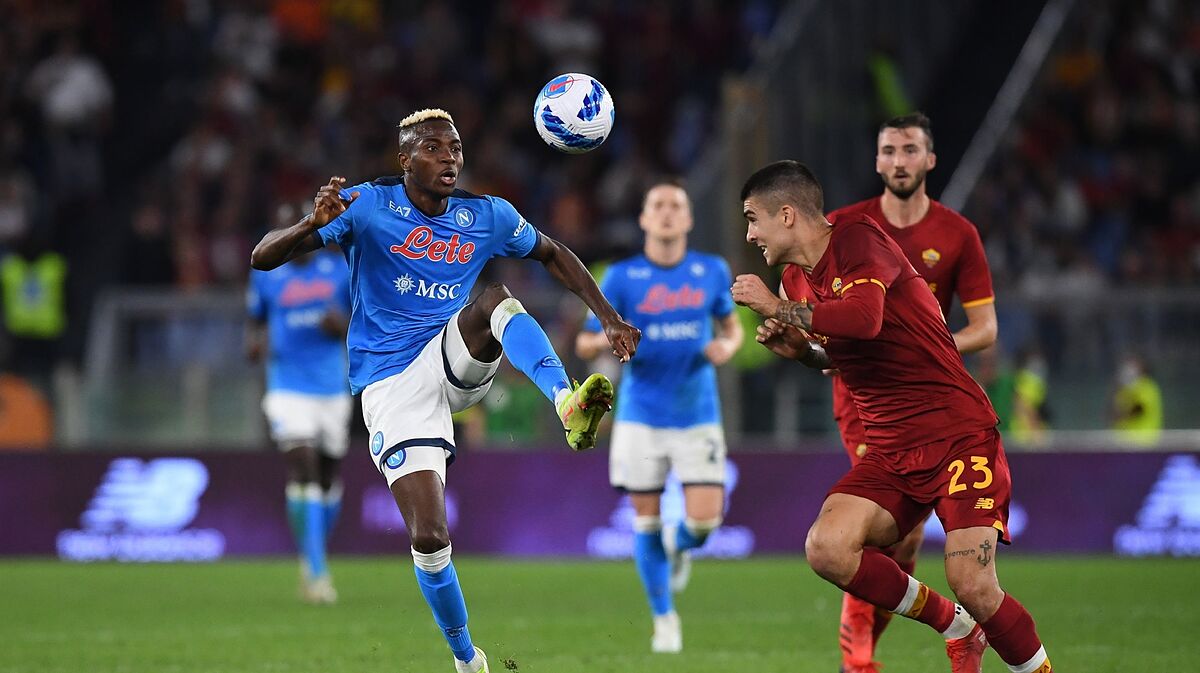 No team had managed to force Napoli drop points in their first eight games of the Serie A campaign, until Luciano Spalletti‘s side faced Roma on Sunday at the Stadio Olimpico.

Before the game ended in a goalless draw, Jose Mourinho decided to single out Borja Mayoral, Gonzalo Villar, Amadou Diawara, Bryan Reynolds and Marash Kumbulla for the 6-1 defeat to Bodo/Glimt in the UEFA Conference League on Thursday and dropped them from the matchday squad.

Roma‘s first big chance in the game came just before the half-hour mark, when Tammy Abraham sent the ball wide after being one-on-one with Napoli goalkeeper David Ospina.

Napoli struggled to find spaces to exploit throughout the game and their first clear opportunity came just after the hour mark, when Victor Osimhen‘s header hit the woodwork.

Gianluca Mancini also wasted a big chance to open the scoring, and with eight minutes to go the referee, Davide Massa, sent off Mourinho for constantly protesting about a foul on Nicolo Zaniolo that was not given.

Six minutes later, Osimhen did break the deadlock after heading home a Fabian Ruiz cross, but his goal was ruled out for offside.

Serie A: Cristiano Ronaldo could be questioned over ‘secret’ Juventus agreement