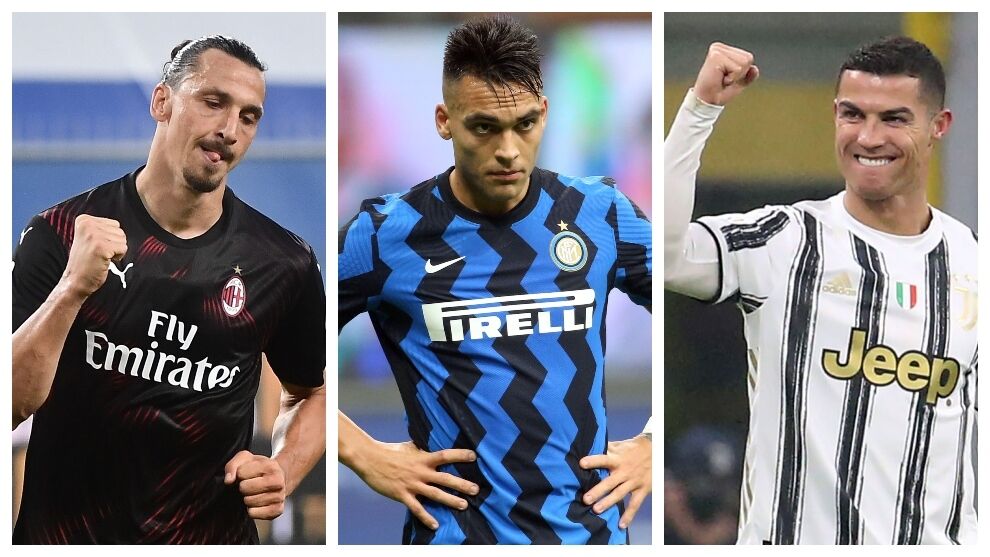 Inter opens the new season at home against Genoa on Saturday, while Juventus plays Sunday at Udinese.

Five of the top seven teams from last season have new coaches.

Inter coach Antonio Conte left, officially by mutual consent, but reportedly because he was unhappy that he would not be able to continue his project and build on his title-winning squad.

Instead, financial constraints meant that Inter had to sell two of its top players in Romelu Lukaku and Achraf Hakimi. Lukaku had scored more 30 goals for the club in both of his seasons at the club.

There is a sense that not only is retaining the title a nigh impossible task, but also that Inter will struggle to make it into the top four for a Champions League place.

However, Inter has worked hard – and cheaply – in the transfer market with signings such as Hakan alhanolu and Edin Deko. And in Simone Inzaghi, the club has an impressive young coach.

«The coach left, two top players left, but the framework remains of good quality,» said Fabio Capello, an Italian who previously coached at AC Milan, Real Madrid and Juventus, among other teams. «Dzeko is perfect to replace someone like Lukaku. Calhanoglu has great shots. Simone Inzaghi with a few words can motivate the group, show that Inter were not just Lukaku and Hakimi.»

Only two years after he was fired, Massimiliano Allegri has been rehired as Juventus coach.

The return of the 54-year-old coach is one of the principal reasons Juventus starts the season as the favorite to win back its title despite its worst season in 10 years.

Andrea Pirlo’s first season as a coach ended without a title – stopping Juve’s run of nine straight league titles. His team finished fourth and at times looked in danger of missing out on a Champions League spot.

Somewhat surprisingly for a club that has consistently invested in and added to its title-winning squads, it has been Juve’s most inactive offseason in the transfer market since 1986. Juventus has only signed teenage forward Kaio Jorge and Italy midfielder Manuel Locatelli.

However, its most significant dealing in the window could be keeping Cristiano Ronaldo amid continued reports that the Portugal forward was set to leave Serie A.

AC Milan’s surprise title challenge faded away in the second half of last season. But that still heralded the club’s return to the Champions League for the first time since the 2013-14 season.

Veteran forward Zlatan Ibrahimovi was the inspiration behind Milan’s strong start last season but the title challenge tailed off with his injuries. Ibrahimovi turns 40 in October and much of Milan’s success could depend on him remaining injury-free.

However, Milan has signed another aging forward in Olivier Giroud to offer some support. The hardworking 34-year-old Frenchman helped Chelsea to the Champions League last season and also won the World Cup with France in 2018.

But Milan has lost two key players on free transfers in Gianluigi Donnarumma and alhanolu. Donnarumma – named the best player of the European Championship – has been replaced with goalkeeper Mike Maignan from French league champion Lille.

Milan will play its first match of the season on Monday at Sampdoria.

Jos Mourinho is back in Italian soccer a little more than a decade after leading Inter Milan to a treble of titles.

The 58-year-old Mourinho is looking to revive his career and Roma could be the perfect place for that, with the club hoping to move back into the elite.

Roma finished seventh in Serie A last season, 29 points behind champion Inter. The team has not claimed a trophy since 2008, when it won the Italian Cup.

Lazio and Napoli also have new coaches, Maurizio Sarri and Luciano Spalletti, respectively. Atalanta and Milan are the only clubs from the top seven last season to stay with the same coach this season.

Atalanta is growing as a club and, after finishing third in each of the past three seasons, Gian Piero Gasperini will be looking to take advantage of other teams’ disarray to again challenge for the title.

Borja Valero to play in the sixth tier of Italian football