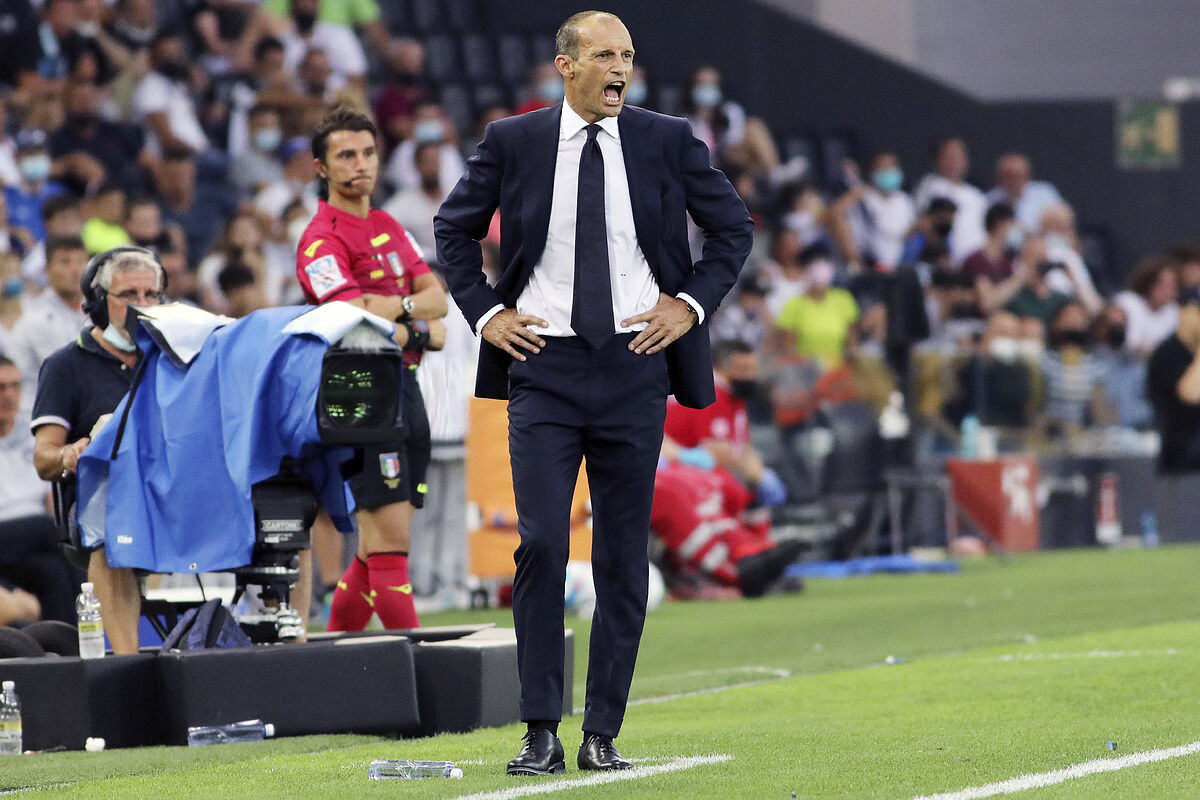 Juventus’ start to the 2021/22 Serie A season was perfect… at least for 45 minutes. Massimiliano Allegri had returned to the bench, Cristiano Ronaldo had been left out of the XI, and Paulo Dybala was orchestrating everything that Juventus did and things looked rosy.

But, after the break, they took a turn. Wojciech Szczesny gave away a penalty that he really needn’t have conceded, and suddenly Juventus‘ two-goal cushion was halved. They continued to be the better side, though, against an Udinese team that had lost their two best players in the summer and, in truth, had looked toothless for much of Sunday evening.

A third goal never came for Juve. Alvaro Morata climbed to head off the post, then Rodrigo Bentancur thumped one off the upright from range. Now it’s clear that the warning signs were there.

Out of nowhere, Szczesny found himself with the ball at his feet in his six-yard box. For one reason or another, he decided to try to dribble but lost the ball to Stefano Okaka, allowing Gerard Deulofeu to tap into an open goal to level with seven minutes to play. The lead was gone. Juventus were stumped.

What are Juventus’ problems?

Defence was something of a concern for Andrea Pirlo last season, and those problems haven’t been addressed this summer. Giorgio Chiellini and Leonardo Bonucci were rightly praised for their performances at Euro 2020 with Italy, but those crucially came as a pair.

Separated, they’re not quite the same. More to the point, when Chiellini doesn’t play, Juventus’ defence is vulnerable. Matthijs de Ligt is one of the most promising centre-backs in Europe, but playing alongside Bonucci he isn’t the same player.

In front of the defensive line, Juve are lacking a real protector. Sunday saw Bentancur and Aaron Ramsey in midfield, with Manuel Locatelli coming off the bench in the last minute. It’s a midfield that lacks bite, fight, and doesn’t offer quite enough protection to those behind it.

Is Allegri the man to fix Juventus?

If anybody can steady the ship at Juventus it’s Massimiliano Allegri. The former AC Milan boss is arguably the very best in Italy, and he has a proven track record in Serie A that cannot be disputed, as well as leading Juventus to two Champions League finals.

Departures elsewhere in Serie A mean that Juventus, even flawed, could well win the title this term. Until reinforcements are brought in to help add some solidity in midfield, though, Italy’s Old Lady will be a long way from challenging in Europe.