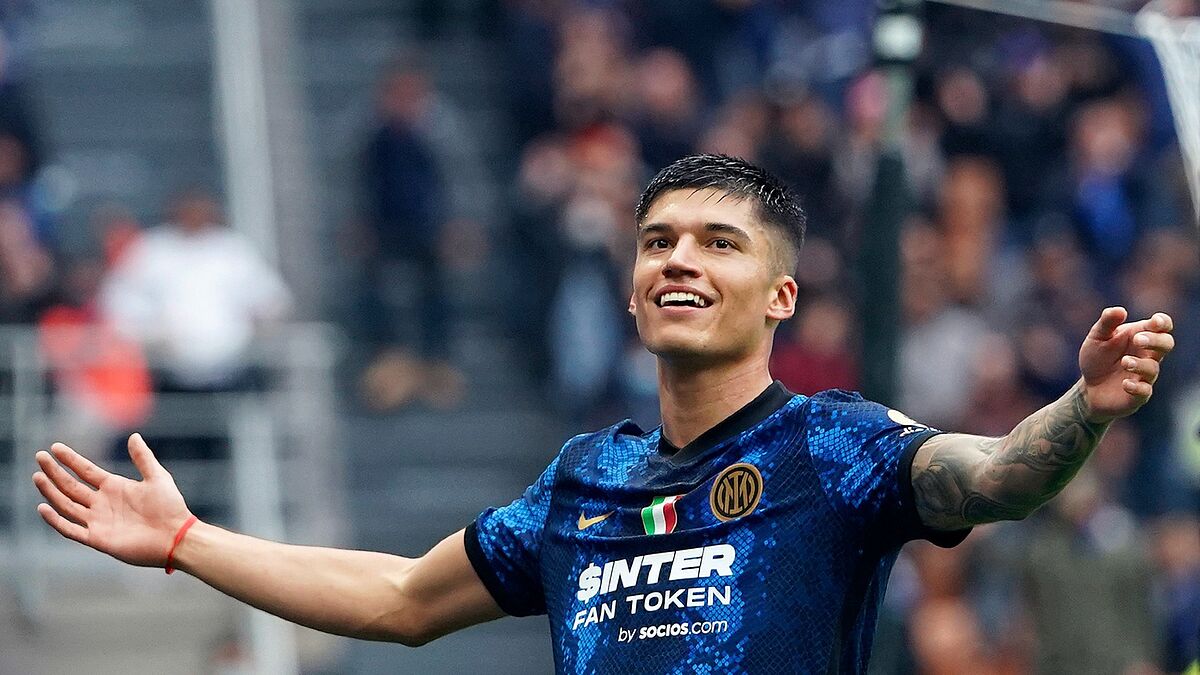 Joaqun Correa scored twice as Inter Milan beat Udinese 2-0 on Sunday to keep up the pressure on the top two in Serie A.

Both Correa’s goals came in the second half, within eight minutes of each other, as Inter moved to within four points of Milan and Napoli.

Inter dominated from the start at San Siro with Nicol Barella producing seven attempts in the first half as the Nerazzurri midfielder seemed determined to score.

However, it was Correa who gave Inter the lead on the hour mark. An Ivan Perii dummy allowed Correa to get on the end of a pass from Alessandro Bastoni and he raced down most of the half before cutting past a defender and firing into the bottom left corner.

The Nerazzurri did get their second moments later and again it was Correa, this time with a shot into the top left corner after Dumfries had cut the ball back to him on the edge of the area.

Udinese had a late goal by Gerard Deulofeu ruled out for offside in the buildup. It remained four points off the relegation zone.