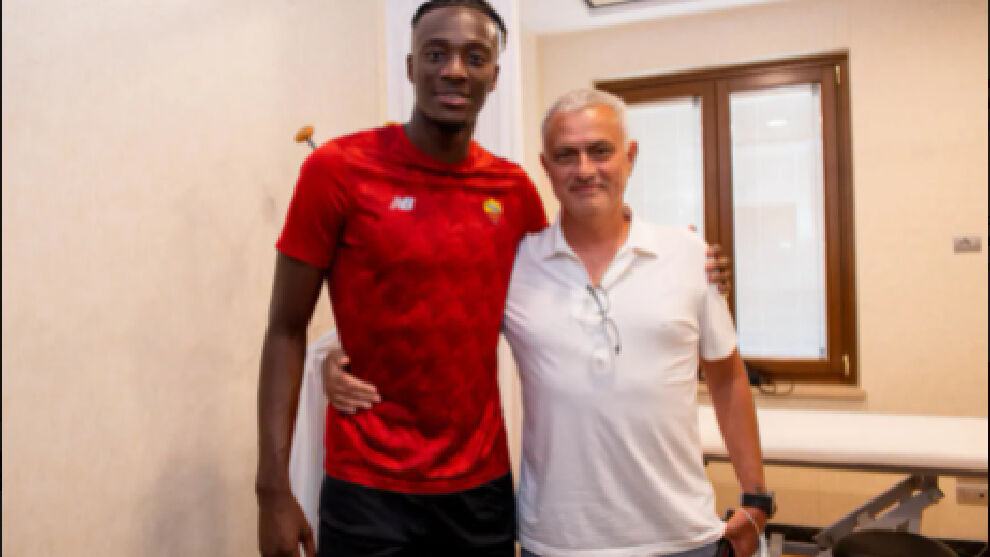 «You can sense when a club really wants you – and Roma made their interest clear immediately,» said Abraham, who signed a five-year contract with the Serie A club.

Abraham progressed through the ranks at Chelsea and scored 30 goals in 82 games. He also had loan spells at Bristol City, Swansea and Aston Villa.

Roma finished seventh in Serie A last season and has not claimed a trophy since winning the Italian Cup in 2008. The team is now coached by Jos Mourinho.

«Roma is a club that deserves to be fighting for titles and trophies,» Abraham said. «I’ve had the experience of winning major trophies and I want to be in those competitions again – so I want to help this team to achieve that and get to the level where Roma should be.»

Abraham is the club’s fourth signing of the offseason, following the arrivals of goalkeeper Rui Patrcio, forward Eldor Shomurodov and defender Matas Via.

«Despite still being very young, with a huge amount of potential to keep improving, Tammy has already played more than 200 games in his career and scored over 100 goals – and won a number of major trophies, too,» Roma general manager Tiago Pinto said. «Choosing to leave the Premier League, and the club he grew up at, demonstrates very clearly just how much he believes in this opportunity to develop his own game and show what he can do at Roma.»