Milan ultras have hit back at Hakan Calhanoglu with an insulting banner unveiled in Milano.

The Turkey international had taunted his former fans with a controversial celebration during the derby della Madonnina.

He earned and converted a penalty kick, celebrating by putting his hands back to the ears while staring at Milan’s Curva Sud. The former Milan star continued to taunt his former fans with a video on Instagram where he wrote: ‘I M Hakan, I M Inter.’

The reply from Milan fans came thick and fast.

A group of ultras unveiled a banner on the Ponte del Portello to hit back at the 27-year-old.

‘Courage is not taking a penalty kick after ten minutes but remaining with your wife after she cheated on you,’ the banner read.

Last summer, he joined Inter on a free transfer after the end of his contract with the Rossoneri. 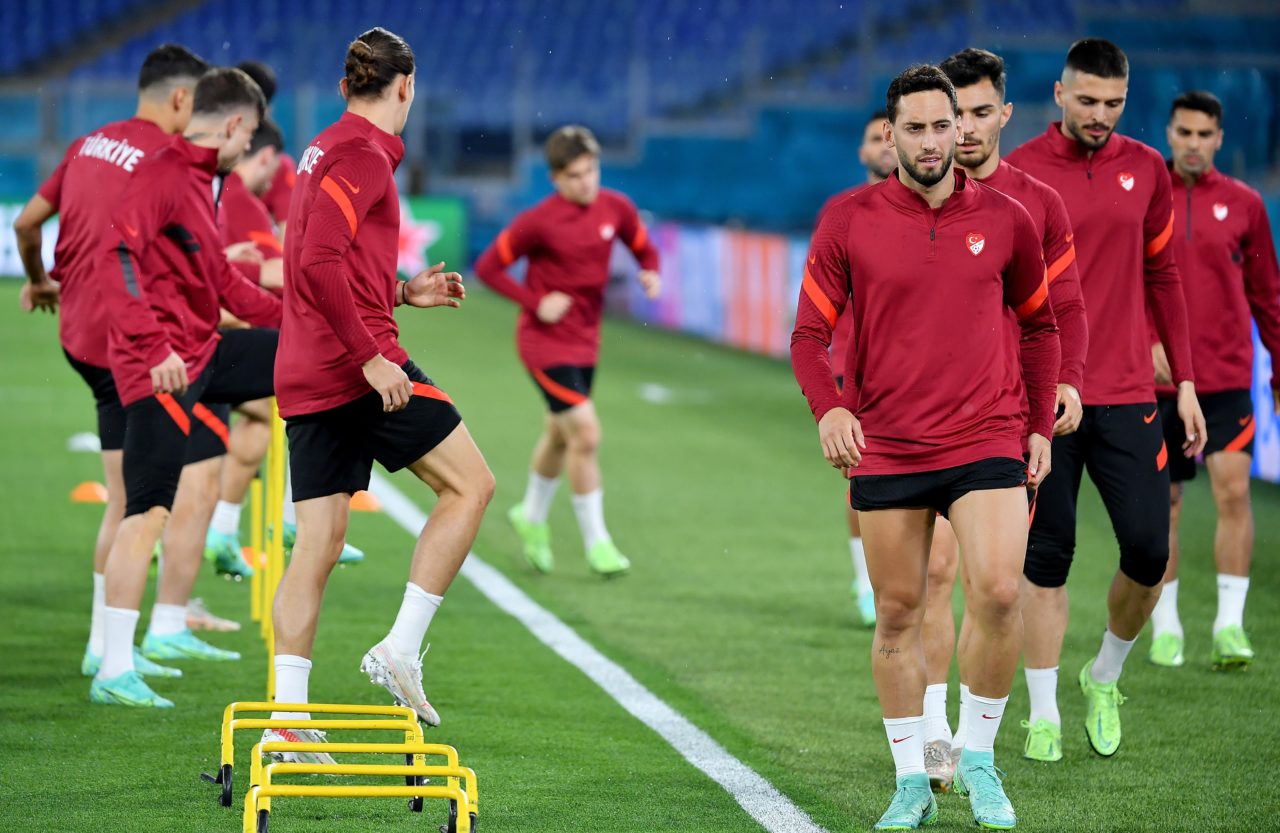 Chiesa shows why Allegri must rethink his approach at Juventus

Why Messi will win Ballon d’Or 2021 and not Jorginho