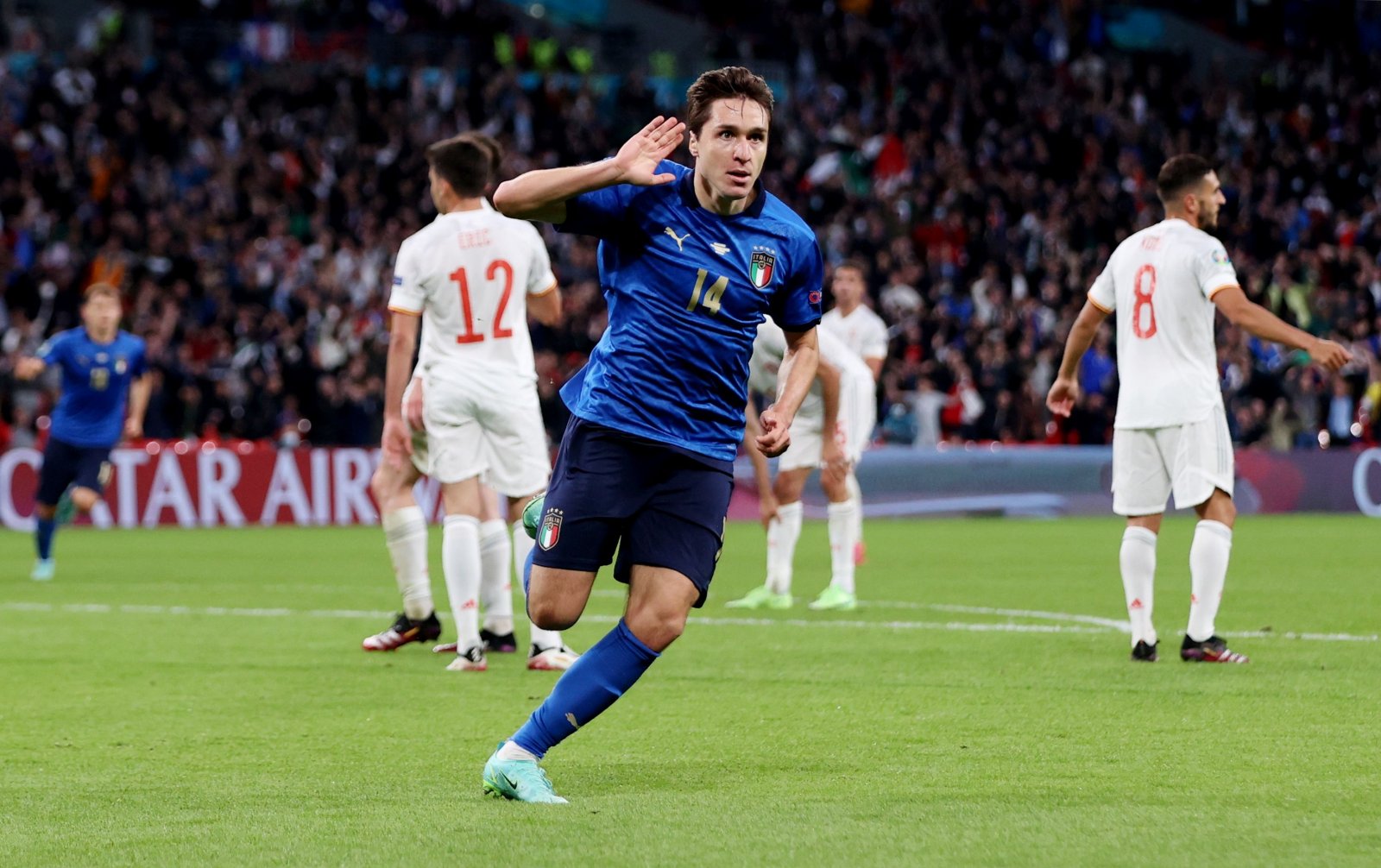 Italy’s path to being crowned European champions this summer mightn’t have been the most interesting for an outsider, with Roberto Mancini’s side putting in a perfect performance from start to finish, culminating in their win over England at Wembley to lift the trophy.

But it was their semi-final win over Spain that saw them put into the most trouble, with Luis Enrique’s side having a number of chances to win the game and send the Azzurri packing. They didn’t, though, and Italy went on to win on penalties.

Rai, Italy’s national broadcaster, have aired a documentary ‘Sogno Azzurro’ that covers Italy’s Euro 2020 success, and one of the more interesting points came from the hours leading up to that Spain semi-final, particularly for those interested in Spanish football.

“You can’t always win by controlling a game,” Mancini told his players leading up to the semi-final. “It’s what we’d like, but there are the opponents as well.

“If you have to, wait. Let them play. Stay calm.

“Spain have a great squad. You’ll see at the World Cup that it’ll be between us, them and maybe another team. They’ve very good players – young, but very good.

“It won’t be easy, we’ll have to suffer until the end but, as always, we’ll try to do it together.”

Some other points of note came from Matteo Pessina and Ciro Immobile after the win over Spain.

“I dreamt about [Sergio] Busquets,” said the Atalanta midfielder, “I thought he was in my bed”.

Lazio forward Immobile then spoke about all of the sacrificial work he had to do, saying “I spent 60 minutes running after the ball”.

Cristiano Ronaldo to stay at Juventus, itching to return to work