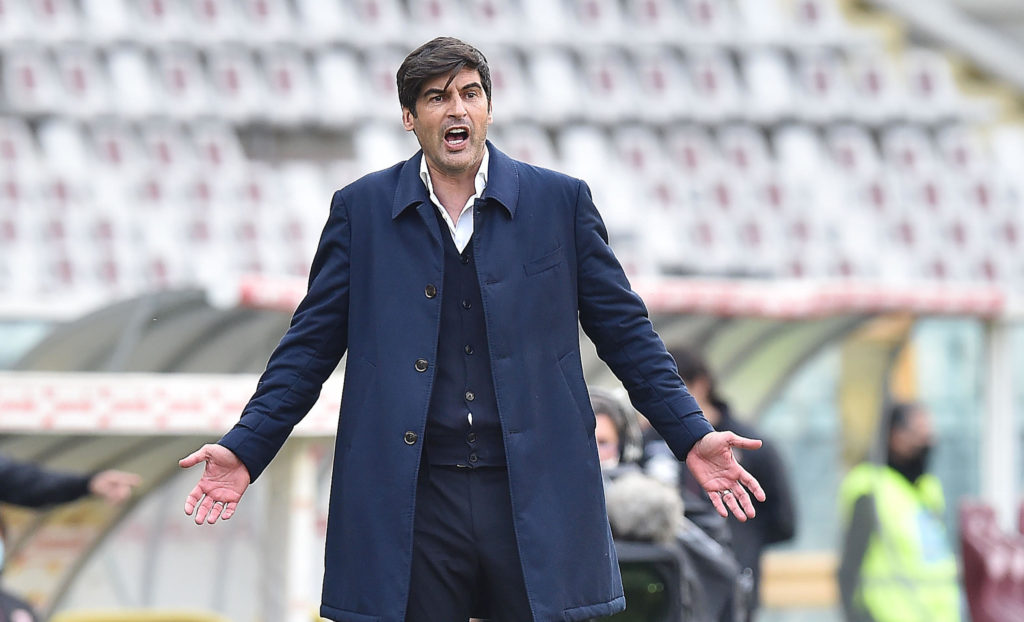 Former Roma coach Paulo Fonseca revealed Fabio Paratici stopped him from joining Tottenham Hotspur last summer and said Portuguese compatriot Jose Mourinho called him when the Giallorossi approached him about the job in the Italian capital.

Fonseca left Roma during the summer and was replaced by former Spurs coach Mourinho, and at a certain point it seemed like the two Portuguese tacticians would swap jobs.

The former Giallorossi and Shakhtar Donetsk man revealed he was indeed close to joining the Londoners and said he started planning for a pre-season in England, before Paratici arrived from Juventus and demanded a more defensive style of play.

“The agreement was done,” Fonseca told The Telegraph. “We were planning the pre-season and Tottenham wanted an offensive coach.

“It wasn’t announced but we planned pre-season players. But things changed when the new managing director arrived, and we didn’t agree with some ideas and he preferred another coach.

“I have some principles. I wanted to be coach of the great teams, but I want the right project and a club where the people believe in my ideas, my way to play, and this didn’t happen with the managing director.

“It’s what the chairman and the sporting director (Steve Hitchen) asked for. To build a team who can play attractive and offensive football and I was ready for that.

“I cannot be a different way. All my teams will have these intentions. In Rome or Shakhtar in the Champions League against the biggest teams, I’m not sending out my teams to defend near their own box.”

When Roma played Manchester United in the semi-final of the Europa League, La Lupa had reportedly contacted Mourinho to take over after the campaign.

Fonseca revealed he knew about Mourinho’s arrival in the Italian capital and pointed out that Mourinho called him.

“In some countries, maybe it is not normal,” Fonseca continued. “But in places like Germany, it’s normal for an announcement to take place six or eight months before, when they are working with other clubs.

“I already knew Tiago Pinto was appointing Jose Mourinho. It was a clear process for me. Jose had a great attitude with me. He called me and spoke and there was no problem.”

Fonseca spent two seasons with the Giallorossi, helping the club finish fifth and seventh in the League and to the semi-finals of the Europa League in 2020-21.

Exclusive Paulo Fonseca interview: My Spurs move was torpedoed by a desire for defensive football (free to read in the UK until 3pm) / @mcgrathmike https://t.co/zWdW2G6VPw