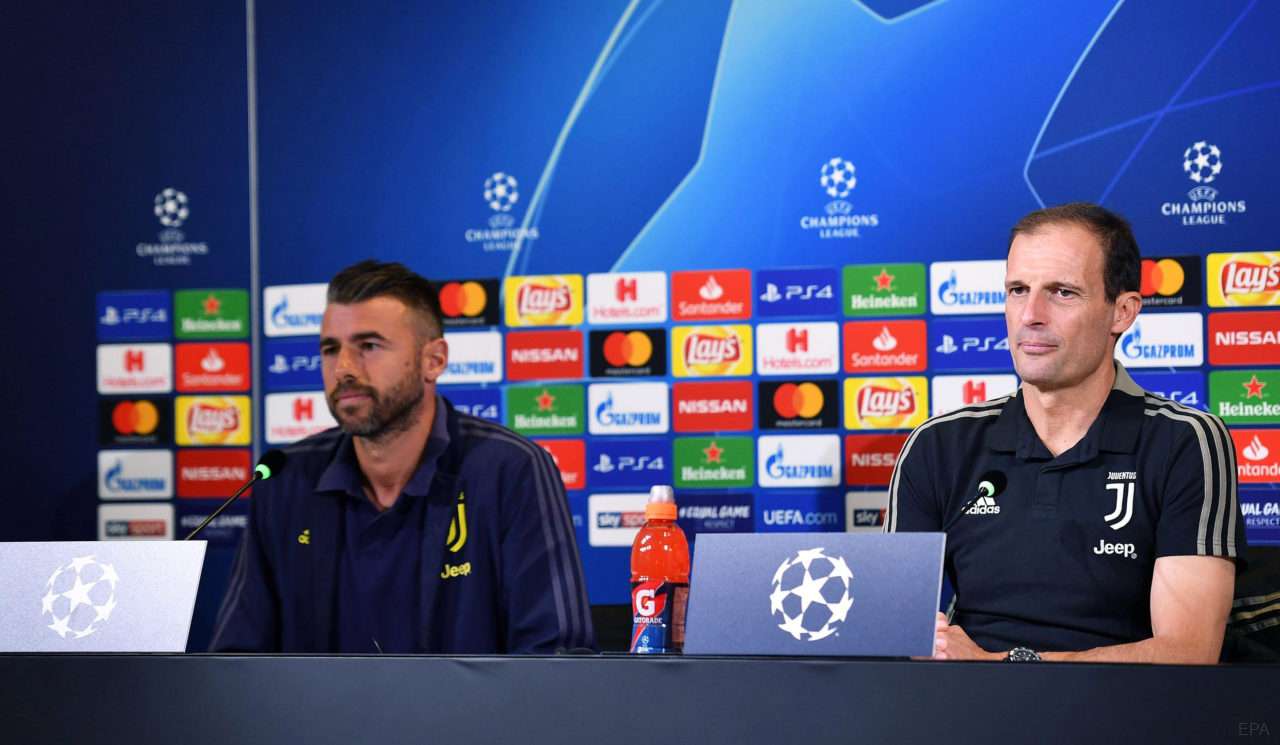 Andrea Barzagli revealed there was ‘no quarrel’ with Maurizio Sarri at Juventus and explained why he turned down a return to the Old Lady under Massimiliano Allegri.

The former Juventus defender was offered a return after a year off, but Barzagli turns to punditry with DAZN instead.

“To accept a role like this, something inside you must immediately snap and in my case, it wasn’t like that,” Barzagli told Tuttosport. “I’m happy to see Padoin in the staff, Simone is very prepared.”

Barzagli decided to walk away from his job under Maurizio Sarri, despite having signed a deal until June 2022, but the defender stressed he never fell out with the head coach.

“I have heard so much about my farewell,” he said. “But the truth is that there has been no quarrel between me and Sarri.

“Maurizio is a person with whom it’s pleasant to talk football, he knows it very well. He likes to teach football and has his own idea.

“At Juventus he was not lucky enough to be able to put it into practice, but in the end he won anyway. At Lazio, he has players with characteristics that can follow him. I’m convinced he will do well.

“It will be a good championship. [Jose ]Mourinho is back, [Simone] Inzaghi is at Inter, [Luciano] Spalletti at Napoli. And Juventus have restarted from a certainty: Allegri.”

Barzagli spoke about his experience with Allegri and how ‘he got the most out of us’.

“He’s an atypical coach, because in the moments of maximum tension he always manages to joke and play it down,” Barzagli continued.

“It’s his strength. As he repeated: being a coach is an art and you have to be a little bit cunning. He told me we played in three, but in practice he made me play right-back in recent years.

“[Mario] Mandzukic, in the season of Cardiff and the 4-2-3-1, was so convinced to play on the left that when [Gonzalo] Higuain wasn’t there, he was unwilling to go back into the middle. Allegri had convinced us all in one way or another.

“And he got the most out of us, which is even more important than the tactical aspect. Each coach must deal with 25 heads differently and they all want to play, but there’s only 11 of them on the pitch.

“This is why there are coaches for big teams, like Allegri, and those who are not.”

Barzagli said Andrea Pirlo did the right thing to accept the job and added the former midfielder’s season at the helm ‘was not so bad’.

“My idea is to not be in a hurry and to take one step at a time,” Barzagli continued. “But if I had found myself in Andrea’s situation, I would have accepted the offer from Juventus as he did.

“It’s an opportunity that no one would have refused. That said, Pirlo’s season was not so bad, otherwise you won’t win two trophies. And let’s not forget all the problems related to COVID.

“Unfortunately, we are hypercritical in Italy, we tend to crush immediately. Andrea is serene, he knows he had a educational immersion and is ready to go again.”