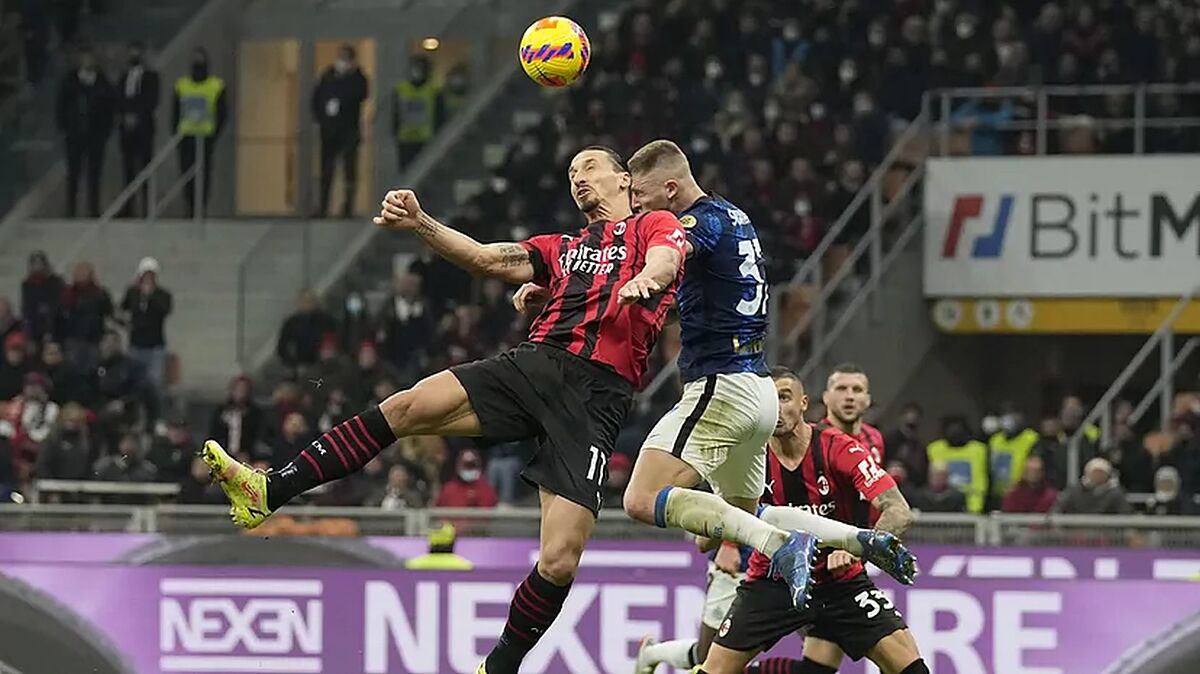 AC Milan had the chance to go top of Serie A – after Napoli drew 1-1 with Verona – as they headed into the Milan derby on Sunday.

But, Hakan Calhanoglu made things difficult for his old side as he converted a penalty which he won, and which was awarded after a VAR check, to put Inter 1-0 up after just 11 minutes.

This lead lasted just six minutes, however, when Stefan de Vrij headed Sandro Tonali‘s cross past his own goalkeeper to level things.

The drama continued when Fode Ballo-Toure fouled Matteo Darmian with a terrible challenge in the penalty area, giving the ‘away’ side a chance to take the lead.

Lauturo Martinez took the kick despite Calhanoglu previously scoring from the spot and his low penalty into the right corner was saved Ciprian Tatarusanu.

Nicolo Barella also had a shot cleared off the line by Ballo Toure just before half time in what was an eventful first half.

Both sides had chances in the second half, but Inter were in the ascendency, with their biggest opportunity coming through Arturo Vidal, who missed a great chance from 12 yards out after good work from Edin Dzeko.

AC Milan started to gain more of a foothold in the match in the last 10 minutes and enjoyed some good possession, creating chances with Zlatan Ibrahimovic heavily involved.

Inter managed to ride the storm in the final moments, though, and both sides walked away with a share of the points.

This result leaves AC Milan joint top with Napoli on 32 points, with Inter seven points behind their city rivals on 25 after 12 matches.

Inter player ratings vs AC Milan: Darmian shows his worth