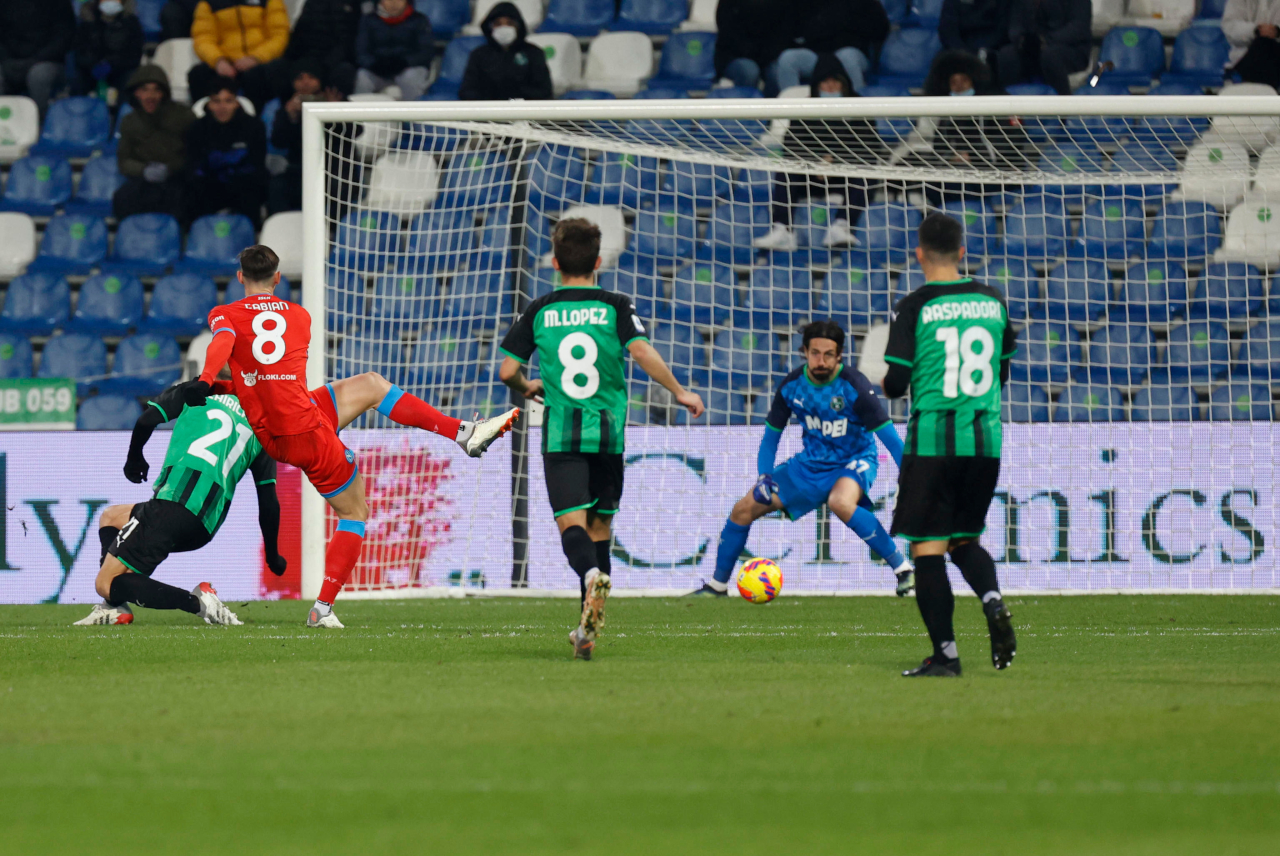 Napoli saw a 2-0 lead evaporate and were fortunate to avoid losing 3-2 in stoppages, as their lead at the top of the table is cut to one point.

The Partenopei were three points clear at the top of the table and fresh from hammering Lazio 4-0, but still missing Victor Osimhen and Andre Frank Zambo Anguissa. Sassuolo had already caused some big upsets with wins away to Juventus and Milan, though Jeremie Boga and Filip Djuricic were still carrying knocks.

Piotr Zielinski had the ball in the net, but only after play was stopped for a Stanislav Lobotka handling offence, then the Pole blasted over from seven yards.

Lorenzo Insigne dribbled into the box and got the shot away, Andrea Consigli at full stretch to get one hand to it.

Consigli also made a fine save at the near post to prevent Rogerio scoring an own goal with his deflection on the Chucky Lozano pull-back from point-blank range.

Gianluca Scamacca and Ferrari didn’t put enough power into their attempts to trouble David Ospina. Insigne went off with a slight calf issue at the break.

Napoli took the lead after the restart when Dries Mertens forced an error with his high press and Fabian Ruiz drilled between the legs of Vlad Chiriches into the near bottom corner from the edge of the box.

They double it with a well-worked move, Zielinski’s cross from the right controlled with the outside of the right boot by Mertens, who then fired into the roof of the net from seven yards.

Fabian Ruiz limped off with a suspected groin issue, but Sassuolo got back into it with a fantastic Scamacca strike. He controlled the Kyriakopoulos cross with his chest and hit it on the volley with his right boot into the roof of the net from 12 yards.

Kalidou Koulibaly also went off with a slight injury worry and Luciano Spalletti was sent off for dissent.

It proved a crucial turning point, because Sassuolo equalised at the 89th minute when Berardi’s free kick was whipped into the box for a towering Gian Marco Ferrari header.

There was drama in stoppages, as the hosts had the ball in the net for 3-2 with Gregoire Defrel’s left-foot daisy-cutter. However, it was disallowed following an on-field VAR review, because Berardi fouled Amir Rrahmani in the build-up. 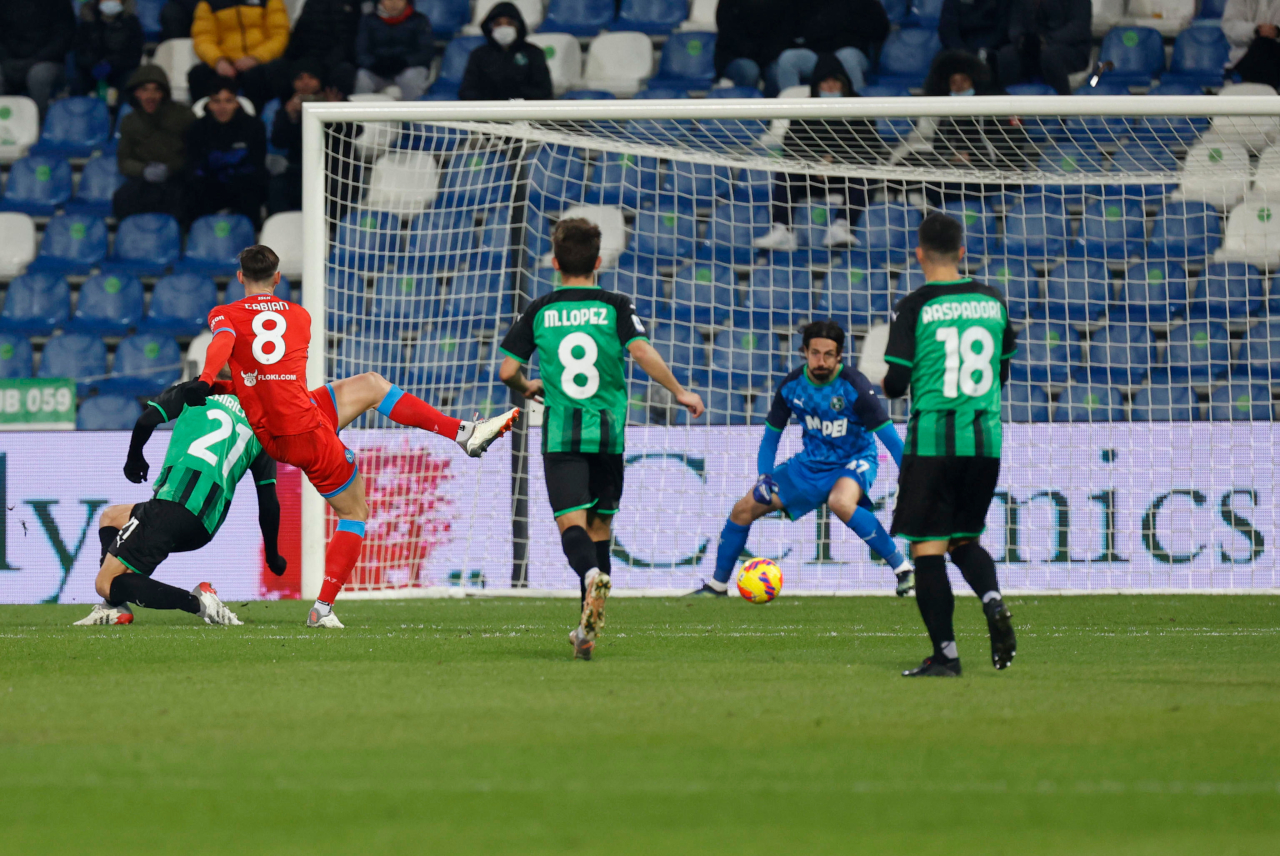