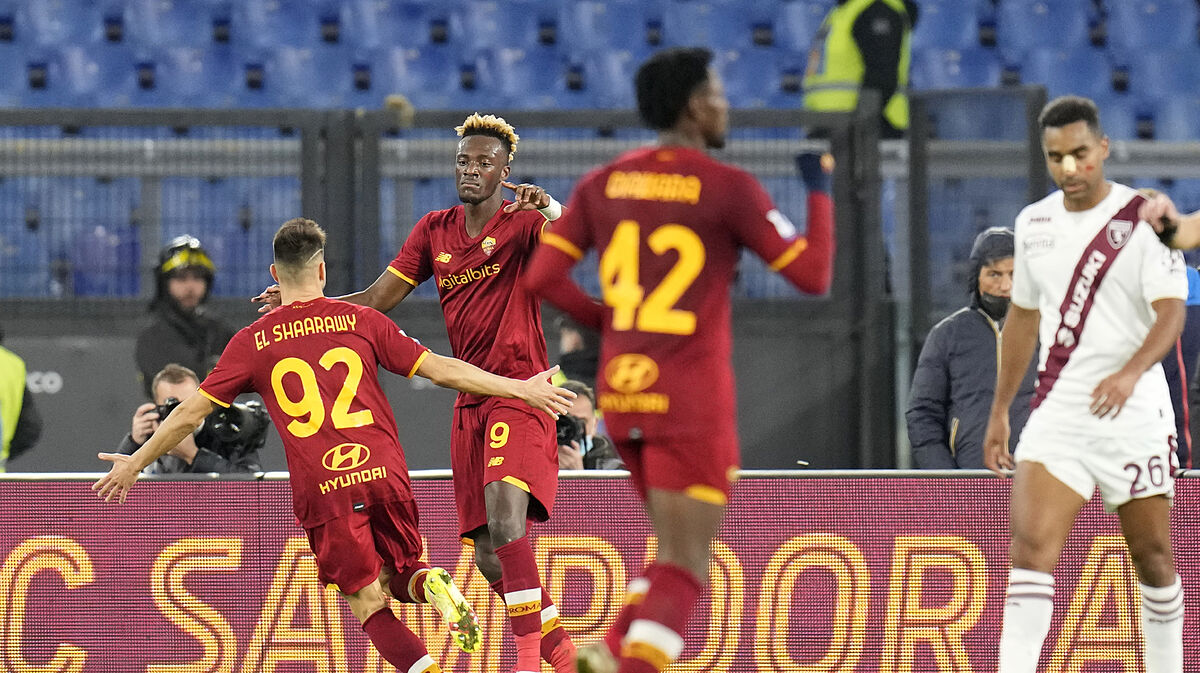 Roma have kept their chances of Champions League qualification alive after a hard-fought 1-0 victory over Torino at home.

Tammy Abraham‘s first-half goal was enough to give Jose Mourinho‘s side the three points, but Torino battled right until the end.

Mourinho opted for a very attack-minded line up at the Stadio Olimpico, but kept it tight at the back and tried to play on the counter.

Roma opened the scoring after 32 minutes when Abraham collected a pass from Henrikh Mkhitaryan and fired the ball past a helpless Vanja Milinkovic-Savic in goal.

It looked as if Roma had a golden opportunity to seal the points when a penalty was awarded for a foul on Stephan El Shaarawy in the box just before half-time, but the spot-kick was cancelled after VAR ruled Abraham to be marginally offside in the build-up.

Torino came out in search of the equaliser but Roma stood firm and held on to their single-goal advantage to get a crucial three points.

Mourinho‘s team now find themselves behind fourth-placed Atalanta in the hunt for Champions League football next season.

Advertisement
Related Topics:
Up Next